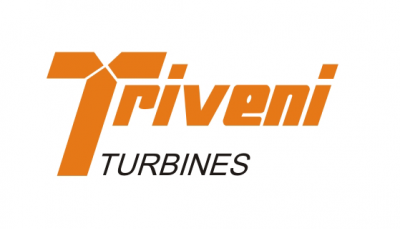 It is an established practice to use alternate sources of energy to reduce cost of manufacturing. One of the proved practices is to have waste heat recovery system installed. Here is a case study with more details.

Energy is a major input in cement manufacturing process and is being met through captive power generation to run the operations cost effectively. On an average, energy cost is around 40 per cent of the production cost for cement manufacturing. Cement plants in India have installed coal based captive power plants (CPP), which are in operation for several decades. Before this technology was introduced, 30 to 40 per cent of the heat generated in the cement rotary kiln and after quenching cooler (AQC) processes of a cement plant were wasted and therefore, efforts were made to use the waste heat productively to bring down the cost of production. As a part of this process, since 2002, cement facilities started adopting waste heat recovery systems for power generation.

Waste heat recovery (WHR) power plant installed in cement plants, use the heat generated through rotary kiln preheater (PH) and AQC exhaust hot gases for power generation. These hot gases are used to generate steam in steam generator (Boiler) which is further used to generate electricity/power through steam turbo generator (STG). Typically 20 to 30 per cent power requirement of the cement plant can be fulfilled using this waste heat for power generation application, which is a substantial savings/reduction in the overall cost of production.

There are three processes by which WHR0-based power plants are installed in a cement industry globally.

In India, SRC is widely used for WHR based power generation in cement plants. In SRC, exhaust gases from rotary kiln pass through preheaters (PH) and reach the preheater boiler. Similarly mid tapping from AQC induces hot gases to AQC boiler. One cement kiln line requires 2PH boiler and 1 AQC boiler. These boilers, based on heat source, generate Medium Pressure (MP) steam of 12 Ata to 18 Ata at temperature of 340 to 450 degree Celsius and low pressure (LP) steam of 2 Ata to 3 Ata pressure and temperature of 175 to 195 degree Celsius. For such application, Injection condensing turbines are used. Injection condensing turbines use medium pressure (MP) steam as inlet to turbine and LP steam is injected at LP side of the turbine. After this, combined steam is expanded at LP/Exhaust side to 0.1 Ata or 0.2 Ata based on water cooled condenser and air cooled condenser options.

Steam generation from hot gases is an important engineering and design aspect. Leading Indian boiler companies have developed expertise in steam generation, across various variable situations. Similarly Injection condensing turbines developed by Triveni for different MP and LP steam combinations are successfully working across Indian Cement Industry. These indigenised steam turbines and boilers helps in eliminating the dependency on Chinese boilers and Chinese turbines which were earlier being used in many WHR plants. While more than 60 per cent of cement plants have adopted WHR-based power plants, larger cement companies are considering WHR power plants for their Greenfield projects.

Triveni Turbines has supplied and installed several injection condensing turbines for cement WHR plants across India. Detailed design consideration is vital in injection and admission zone. Triveni Turbines rotors are designed with higher stability to offset the excitation caused due to fluctuating injection steam loads. Turbine mid-section and LP section is subjected to cyclic fatigue loads induced by thermal cycle and flow variations. Design and engineering teams carry out CFD analysis and creep fatigue analysis to address these issues. This design philosophy has made the turbines made by Triveni, robust and efficient for cement WHR applications.

Following are exclusive offerings of Triveni which makes it one of the preferred supplier for Cement WHR applications.

Some of our prestigious projects across cement WHR plants in India are: